Words, like everything else, become tired. They become washed-out by over use. Buzz words in particular. One such word is recycling. In the era of global warming, recycling is king. Everything has to be recycled. And if it isn’t recycled, it’s upcycled or downcycled.

But recycling the slivers of soap that remain in the bathroom when the guests have left the hotel?  Isn’t that washing things rather thin?

Close to the shores of one of Kenya’s most beautiful lakes, Lake Elmenteita, a group of school children are busily employed in recycling all the soap that gets left behind in the seven hotels and resorts that make up The Serena Group’s hotel portfolio in Kenya.

It’s quite a lot of soap.

Delivered to Kiboko Primary School from hotels as far away as Mombasa, Amboseli, Laikipia, the Masai Mara and Tsavo West, the soap arrives in carrier bags. A table is set up on the lawn in front of the school. Then the production line swings into action. One child scrubs the soap to remove the dirt, another washes it in disinfectant, a third cuts it into tiny pieces, a fourth puts it into a sieve and a fifth submerges the sieve in a bucket of water. A large wooden spoon is used to mash the soap into a soup; then the excess water is drained off. Now comes the technology. The Lake Elmenteita Serena Camp, which stands on the lake shore, has supplied the school with a simple machine. Two small boys turn a large screw that presses the soap into large bars. These are lifted out of the tray and dried in the sun. Later they will be divided up into smaller bars. And these, like white-gold ingots, have great value.

‘The project was begun in 2016’ explains the headmaster ‘but it was in the pandemic that it really helped us. The government made it mandatory for us to provide soap for the children to wash their hands many times a day. Normally we wouldn’t have been able to provide so much soap. But thanks to this project not a single child in our school caught Covid.’

The headmaster goes on to explain that it was not only in the pandemic that soap became the currency of hope. ‘When a child excels in their studies,’ he explains, ‘that child is rewarded with a bar of soap. They take it home to their families. It’s very popular with the parents,’ he says.

The supply of high-quality soap to this low-income community has also brought other advantages. The incidence of illness has lessened. And, according to the headmaster, everyone has smartened up their appearance.

‘Look at them,’ he says surveying his charges, ‘see how neat and clean they are.’ The children shuffle in embarrassment. ‘They’re motivated,’ he continues, ‘they’ve learned valuable lessons in life thanks to soap’.

Such as? I enquire.

‘Incentive, competition, the value of recycling and the power of production,’ says the headmaster. ‘Thanks to this project, all these children aspire to be manufacturers when they grow up.’

No wonder then, that this smart and ultra-sparkling project is known as Soap for Hope. 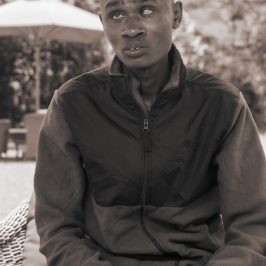 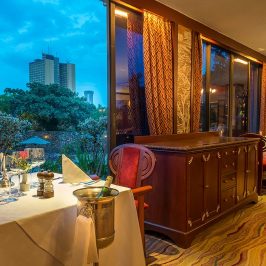