When you think about professional chefs, the first name to come to mind is probably Chef Gordon Ramsey, Jamie Oliver or Olivier Brucker. However you may start to wonder where are all the women? Closer home in Uganda, despite the fact that women make up the vast majority of home cooks, very few ever venture out to professional Kitchens.

“Professional kitchens are traditionally occupied by men because most of us think the work is extremely menial and tedious. Instead, many women prefer working at the Pastry department where they can bake cakes and look pretty serving them; it is the easier option” says Chef Peace Butera.

Currently working as the Executive Sous Chef – second in command- at Kampala Serena Hotel, Chef Peace got into the thick of things from the get go and the fact that she is woman did not matter when she decided to pursue the profession.

“I worked the hot line at the saucier where I was responsible for making sauces and other to go foods. This is one of the most demanding sections of the kitchen and I had to work under intense pressure to deliver hundreds of meals a day for years. All I aspired for was to one day be known as a great chef so I channeled all my energies towards that”.

Chef Peace first started out as a trainee right after completing her course at the former Nile Hotel where she was later hired as a permanent cook. “I vividly remember how challenging the first days were in the kitchen being the only lady working in the hotline section. The temperatures were through the roof but we were still expected to deliver meals on time without compromising the set standard “says Chef Peace.

However, three management changes down the line and with little growth, Chef Peace contemplated a move abroad. But fate had other plans for her, good plans.

“One of our regular guests was on some sort of inspection of the kitchen when he stopped to say a few words. He told those of us present that he was going to help improve the unbearable conditions as well as build a better kitchen for us to work in soon. That statement did not make much sense at the time.

Only later did we learn that the gentleman was in fact Serena Hotels MD Mr. Mahmud Janmohamed and he was in talks with the government to obtain a lease agreement. When Serena took over the hotel in 2004, their first and most important task was to improve the staff’s welfare as well as thoroughly train us.  I was lucky to have been amongst those chosen.

I have been privileged to work in a total of 10 Serena units across 5 African Countries as well as trained at a number of five star establishments in both South Africa and Turkey. When I returned to Kampala Serena, I was assigned the responsibility to co-manage the Kampala Serena kitchen together with Chef Eshton Muthai for one year before the refurbishment”.

One of Chef Peace most memorable moments as a chef was when she got to cater to the Queen of England. “She stayed with us during the Commonwealth Head of Government Meeting period and we catered for all her private banquets and luncheons. I cooked part of her menu dishes personally as assigned by our executive Group Chef Mr. John Macharia”, says Chef Peace.

Chef peace notes that while more women are joining professional kitchens, still many great female cooks lack the opportunity to grow and are under paid. She however encourages them not to lose hope however the industry might be. “I choose not to play victim and worked hard for my family. I am blessed with 2 biological and 2 Adopted Children. If i made it, anyone can” she says. 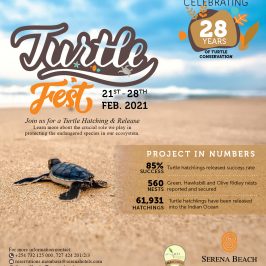